Satin Textiles core philosophy is to create textiles products that enhance the quality of life of each individual. As both the textile designer and manufacturer: 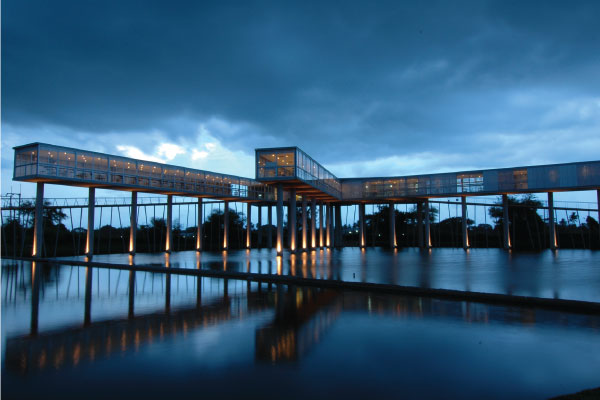 THE UNIQUENESS OF SATIN TEXTILES
With the distinct advantage of a state-of-the-art factory, Satin Textiles is well positioned to handle the demands of today is globalized market. Complete with everything from purpose-built machinery for yarn composition, twisting and, plying to jacquard weaving machines, the factory is fully equipped to handle designer demands even down to sewing the finished product for custom orders. It is a vertical line of production from yarn to the final product, from design and development direct to end users.
This factory was founded in 1995 after the previous location which had been operated since 1986. It is located 78 km. west of Bangkok in Ratchaburi province. The sizable estate of 64 hectares is comprised of six production buildings, one canteen, and fourteen dormitory units. The location of the factory can be found on Google Earth with the coordinates 13°43’17.03”N, 99°54’42.83”E. Presently, the factory employs over 450 workers, taken from the most recent data collected in 2017. Included in the factory campus is the architecturally unique Octospider Thai restaurant and staffs’ canteen, which is a popular destination for tourists who also visit the factory for shopping at the PASAYA factory outlet. 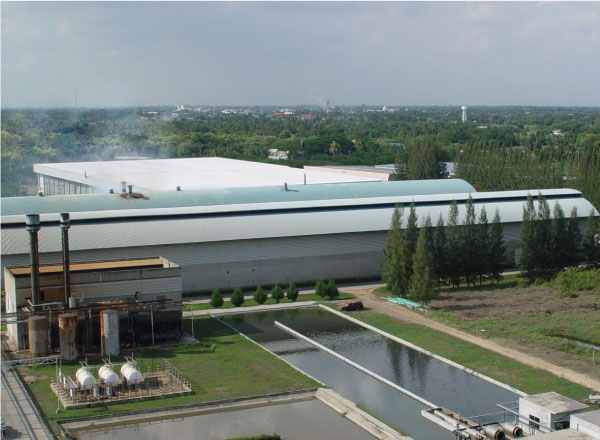 THE GREEN POLICY
Satin Textiles factory proudly set a Green Policy since its founding, and has been awarded the ISO 9001, ISO 4001, and Oeko-tex 100 standard certifications. Lately to be awarded the “Thai Green Label” by the Thailand Environment Institute (TEI) in associated with the Ministry of Industry, and “Thailand Trust Mark”, the government certificate for green and good- governance producer. At the heart of the Green Policy are our Formaldehyde Free processes for all productions and the total water recycling system, which uses the effluent from our dying process, treats, filters, retains and reuses it. The retaining ponds on the facility serve as a habitat for fish and bird life, bringing beauty and serenity to the factory campus. In addition, the lack of toxic chemicals being used and discharged into the environment keeps the nearby area clean and unspoiled for community use.
Other aspects of the Green Policy include energy saving protocols, the mulberry fields and sericulture around the campus while all products are designed to participate in the “Carbon Footprint” program, reducing our impact to global warming in every way possible.

SOCIAL CONTRIBUTION
Satin Textiles is the producer of the special Royal Napkins designed by Her Majesty the Queen of Sweden to raise funds for the World Scout Foundation. These elegantly embroidered serviettes contribute to the foundation by donating 57% of the selling price, helping to provide a better scouting program for youth the world over.
Being close to nature is part of the design philosophy at Satin Textiles, so it is only natural that we actively participate in forest conservation programs. To do this, we founded and become the primary sponsor of the Thai Tropical Forest Foundation, which supports the activities of the Seub Nakasathien Foundation through finance and participation. The Seub Nakasathien Foundation is one of the most influential forest conservation groups in Thailand through its frequent awareness and wildlife management campaigns. The foundation’s programs and research are some of the most valuable resources for pro-environment groups in Thailand. More information can be found at their website: www.seub.or.th 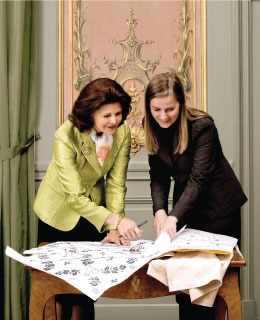 AWARD WINNING DESIGNER OF TEXTILES
Satin Textiles has never been just a textile manufacturer or a trader, but much, much more. With a clear vision since its founding, Satin Textiles has prided itself on being a textile designer as well. Since beginning to enter exhibitions in 1988, the company has won prestigious awards both internationally and domestically year after year. The following is a list of awards won :